The myth of the creation of the World of the Navajo people traces the birth and progression of the Humans ("Diné") through 4 successive worlds.

It all begins with the Sacred Wind that generates the first light that animates the first World. Each "elevation" is made through an opening in the sky, from the "Dark World", surrounded by the 4 oceans, where the first man and woman are created; then the "Blue World" where fur animals and birds appear, then the "Yellow World" where other living beings appear, but from which they are chased away by a great flood to the "White World" where the sun, the moon, the stars and the seasons are created, the universe where we live today.

These photographs come from the Navajo land, criss-crossed by narrow canyons that are surely not unconnected with this legend; they are taken deep into one of these canyons inside the "World", with no initial intention, except perhaps that of the "Great Spirit"; they only found their meaning much later.... in this composition 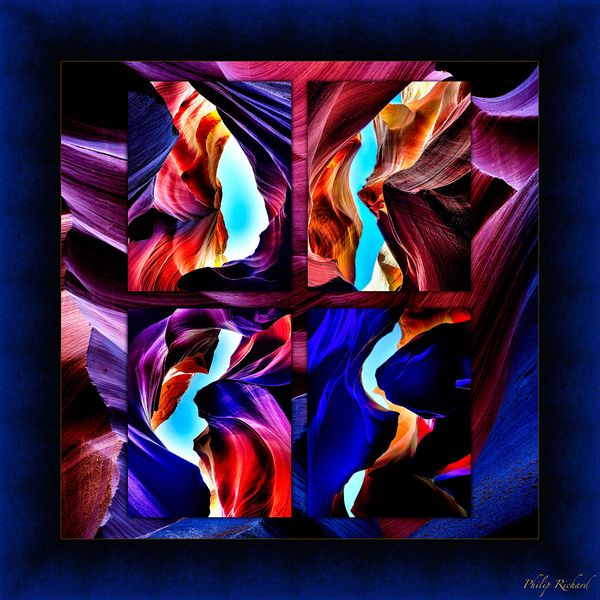